Play historical detective by following the trail of these landmarks and wind your way from pioneer days to the present.    In 1834, Presbyterian missionaries opened a mission in Paola that operated until 1855. American Wea tribes were granted 250 sections of land within Miami County. The Wea Mission Monument educates visitors on the harsh living conditions and strong spirit of the early Miami County settlers.The mission included a school, stable, smoke house, corn crib, spring house and a 14-foot meeting house.  Sports fans will be familiar with The Jayhawk, the popular mascot for the University of Kansas. But do you know where the term originated? In 1856, a free-state Irishman named, Pat Devlin, coined the term to describe guerrilla actions against pro-slavery forces. In the 1850s, Kansas Territory had erupted into a battleground for determining whether the state should be free or slave. The Jayhawk monument is located in Osawatomie.

Those sites are just some of the many historical Osawatomie sites — perfect for a daylong driving tour.  The 7,000- square-foot Mills House is a Queen Anne-style home built by oilman William M. Mills in 1902.  The Old Stone Church was built by the Rev. Samuel Adair in 1861 using native stone and walnut woodwork from his own property.  Horace Greeley addressed 5,000 people at the Osage Valley Hotel to found the Republican Party in Kansas.  Learn the origin of The Jayhawk, where Free-State Irishman Pat Devlin coined the term in 1856.  The First Land Office was built in 1854 for the first land patent agents in Kansas Territory — with a tribute to the Pottawatomie Indians who were forced to settle in Osawatomie during the Trail of Death. Complete information on the 11 tour stops is available at www.osawatomieks.org/tour. 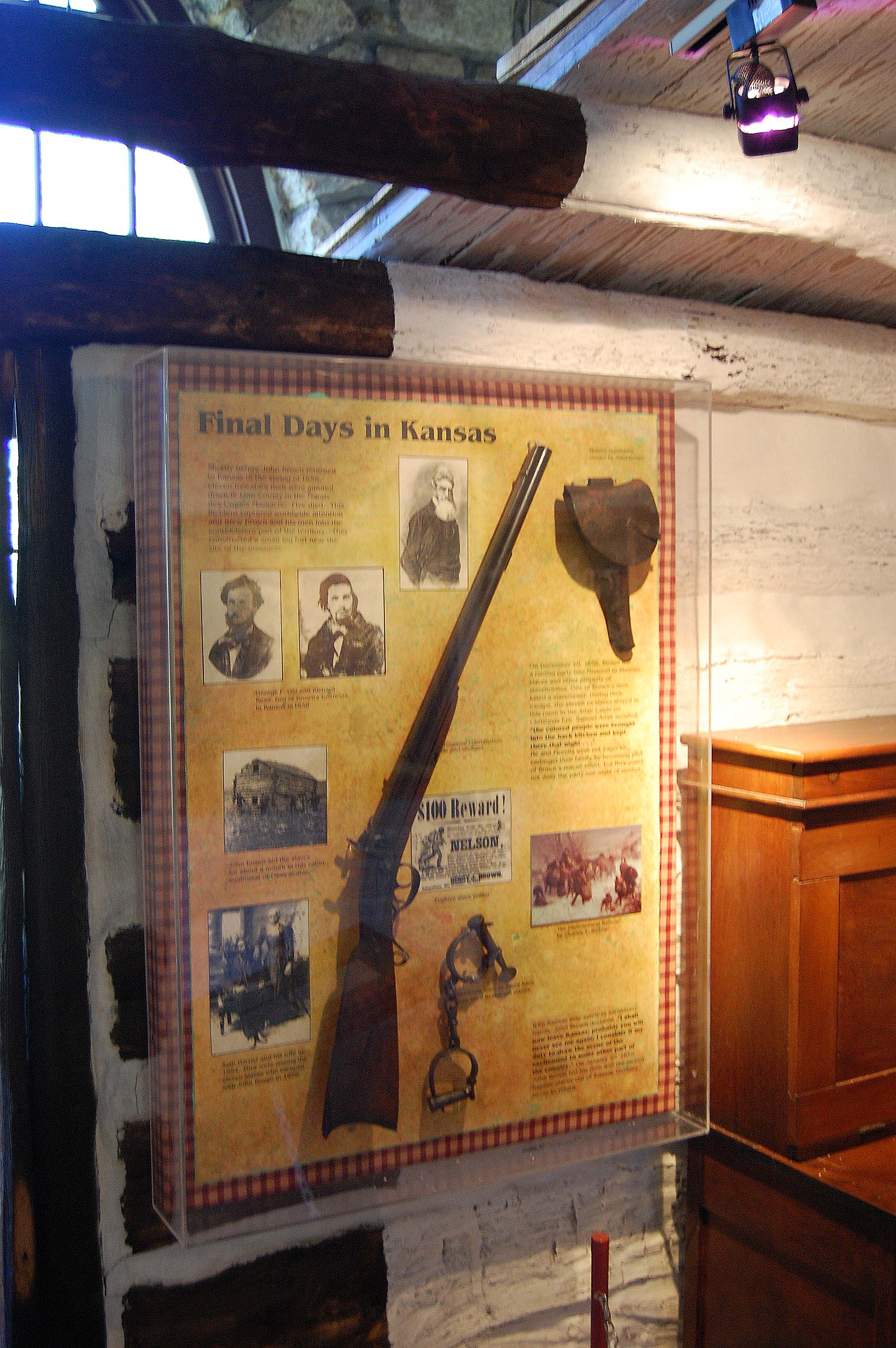 New Lancaster was the first school in Miami County. Now the New Lancaster Unit­ed Methodist Church in Paola, you can still see the original school bell on the living memo­rial site.

In 1951, an extraordinary rainfall caused the Marais des Cygnes River to rise to a histor­ic high of 50.3 feet. The Paola high water Flood Marker shows visitors the depth of this incredible flood.

The Veterans Memorial in Paola honors the men and women from all five cities of Miami County who have dedicated their lives to the service of our country. This unique memorial has an ever-growing veterans’ wall, with bricks constantly being added to honor current or past veterans.

As you drive through Miami County, don’t forget to give your attention to U.S. Highway 69. This living memorial is the Frontier Scenic Military Byway.  It was used by the U.S. Army in the 1830s and 1840s to transport troops and supplies along the edge of the permanent Indian frontier, at a time when our nation was still young and uncertain.

John Brown Memorial Park
Official site of the Battle of Osawatomie, where John Brown and 30 Free-State guerrillas defended the town against an attack by 250 proslavery militia men.  This 23-acre park includes the original log cabin built by the Rev. Samuel Adair and his family in 1854 when they moved to Kansas.  The John Brown Museum State Historic Site is on the National Register of Historic Places and features a new playground and walking trail.

Park Square in Paola
Walk through this old-time downtown and enjoy people-watching at the busy cafés and businesses that make their home here.  Park Square was gifted to the city of Paola by founder Baptiste Peoria, the Chief of the Confederate Tribes — and it still has the gazebo designed by George Washburn in 1913.  The Square hosts a variety of festivals throughout the year.

Original City Jail
An interesting example of an early 20th century prison, this pre-World War II jail was actually built as temporary housing for criminals in Spring Hill.  Designed in 1926 by A.H. Starbuck, it is fabricated of strap iron.  The Original City Jail has been moved downtown near a mural depicting the community’s history.